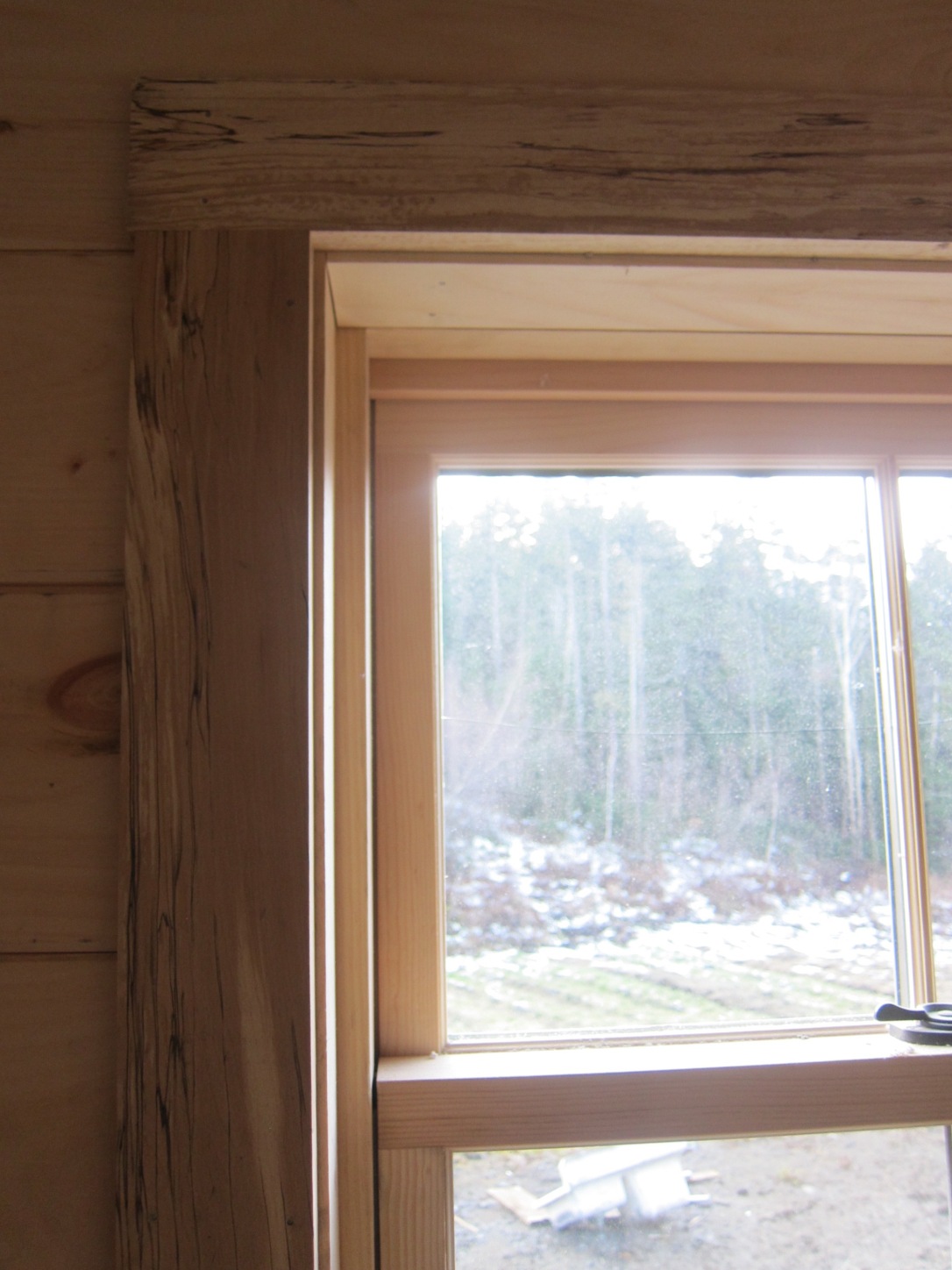 A few days ago, back when it was almost cold enough to feel seasonable, back before the thin skim of snow had melted into the softening ground, I drove over to our friend Luke’s place, where I pawed through a stack of rough boards he’d pulled off his sawmill a while back. The boards were covered with a layer of dust and chicken shit, but beneath this visage I could see faint lines of spalting running through the wood, like little rivers.Luke helped me haul his planer out of the shop, and while I set to planing, he went back to welding a broken tractor loader for a neighbor.

I like going to Luke’s place; there’s always something interesting going on, something broken being put right, or something that once existed only as figment of his imagination being given form. For instance, the sawmill. He basically fabricated the whole damn thing.There’s a lot of what most people would consider junk lying around, but I know Luke well enough to know he sees something that other people don’t see in every single piece of it. “Oh, that’s a project,” he’ll say, if I ask him about something specific. He smiles when he says this, although the truth is, he’s almost always smiling. He’s one of those people who seem to be perpetually amused by nothing in particular. Or maybe everything specifically. Mirthful, I guess you’d say. He’s also a repository of delightful quips. Once, when I mentioned that our truck was running a little rough, he replied, “Have you given her a good hot supper lately?” It took me a second to realize what he was asking.

To make his living, Luke drives a dump truck, does some welding, and fixes stuff. He’s good with pretty much anything related to internal combustion, and many things that are not. He’s fixed lots of stuff for us over the years, and he never charges much. I almost wrote that he never charges enough, but I think that’s wrong: I think he does charge enough. He charges just enough to support the modest lifestyle that is satisfying to him: A small house on a small piece of land, surrounded by the tools and detritus of his trade. Because this is as much as he needs to realize material contentment, his services remain affordable to others of humble means.

I believe that Luke is a genius, although I suspect his particular brand of genius was once much more common than it is today. My friend Doug Flack likes to talk about “cultural amnesia,” a term he uses to describe all the useful things we’ve forgotten along the road to drive-through vegan lattes and Donald Trump. One of the things I appreciate most about living in a rural community is that it is inhabited by people who still remember, who haven’t succumbed to this amnesia. I think it’s more than just the skills; I think it’s also a way of being, of finding contentment in the commonplace nature of their lives and the small happenings around them.

Even Luke’s perpetual sense of amusement strikes me as an endangered quality, for who anymore can afford to be amused? There’s an awful lot of unfunny shit going down in the waning days of 2015. Why, it’s enough to keep a body up nights with the fantods. But sometimes I wonder if perhaps the best antidote to it all is to just keep finding humor everywhere we can. And there’s still a lot of humor to be found. We just gotta remember to look.

It took me a couple hours to plane enough material to trim our windows. I shut the planer down and pulled it back over to the shop, where Luke was still working on the tractor loader. I paid him what he asked and then paid a little more to cover my use of the planer. It was a better-than-fair deal, and if he’d asked for more, I would have paid that, too, and I suspect he knew this.

Luke walked out to my truck to check out the boards. “Aren’t those nice?” he said. “See that reddish one there? That’s the birch.” He ran a hand over a newly smooth board, for no particular reason, just for the feel of it. Like petting a cat. He smiled his little smile, and I got into my truck and drove away.

PS: Rye is offering a limited selection (as in the three you see here) of one-of-a-kind hand carved spoons for your ice-cream consuming pleasure. From top to bottom:

$5 shipping for each spoon.

You can pay via the generosity enabler in the right hand margin of the homepage; please don’t forget to specify which spoon you’d like! When they’re gone, they’re gone, although he is also taking a limited number of orders for custom spoons.

32 thoughts on “Nothing in Particular (or maybe everything specifically)”