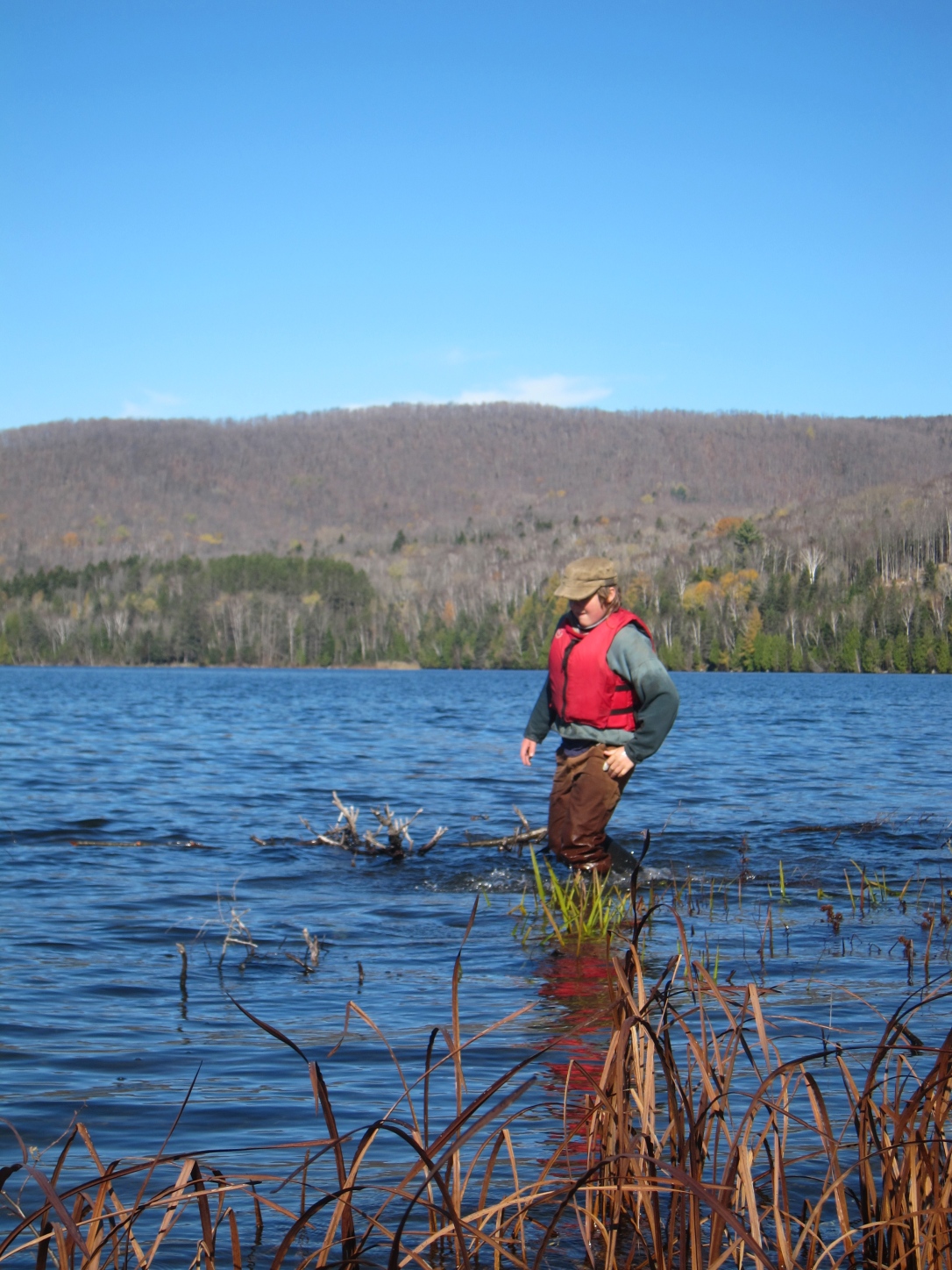 Every morning now, the first thing is fire. There are mornings we could go without, but I’m in the habit, and I like the habit. It’s dark when I get up and sometimes I just sit in the dark for a while, feet up on the part of the cookstove that doesn’t get too hot to have my feet up on it. Sitting in the dark’s ok, especially if you’ve got your calloused heel skin resting on piece of warm iron. Especially if you can hear your coffee bubbling on the stove top.

Damn. Two paragraphs in and already I’ve dispensed the best advice yet to be dispensed on this blog.

I think I’ll quit while I’m ahead.

I was cleaning out my office this morning, and found the December 2001 issue of Powder magazine, for which I wrote the following story. I always sort of liked this piece. I sure liked skiing with these guys. It’s hard not to wonder how I’d write this story now if I had the chance to write it again. Which I don’t. So I’ll stop wondering.

At 11:45 a.m. on a sunny Saturday in early February, at the peak of a remote and nameless Vermont mountain, Tony Berby pops the tab on a can of Natural Light beer. Tony is a big man, perhaps 6 feet tall, and carries a chest made thick by a lifetime of labor. He is also quite thirsty. The callused hand – almost a paw, really – that engulfs the can makes two lingering trips to his lips, and the beer is gone. Tony glance curiously at the empty tin cylinder, shrugs his prodigious shoulders, crushes it flat, and returns it to his pack where it nestles among its remaining five, still-full companions like a wounded animal seeking solace.

This is not a story about drinking beer, though as you’ll see, drinking beer certainly plays a part. Nor is this a story about smoking cigarettes – Marlboro Lights, specifically – but once again, they are a factor, and cannot be ignored. In fact, there are many things that this story is not about – heavy metal music; frozen, crinkle-cut French fries and blood-raw steak; a granite-producing town fallen on hard times – that are crucial to what makes Tony and his friends the most hard-core ski bums east of the Mississippi. So please, allow me to backtrack a few hours, from the fizzy chill of Tony’s mid-morning, head-ringing refreshment, to the cocoon-ish warm of a small greasy spoon on the main drag of a small, snow-washed town.

Fay dances with the coffeepot as if it were a lover, cradling it tight as she dips and twirls around the outstretched limbs, and then – zing! – her arm straightens, the pot tips, and our cups are full once again. Her movements are deft, not unlike an accomplished skier flitting through a thick copse of trees, and it’s clear in the way she works that pot: Here is a women who, given a different upbringing, could slip through mountain trees like a whisper.

Fay leaps gallanting into a drinking discussion as she pours. “I don’t drink too often, myself. Last time I did, I was on the floor for a week.”

Perhaps due to his uncanny ability to escape unscathed from potentially perilous situations like this one, Pete is the unspoken ringleader of all things risky and foolish. Whether talking trash to a waitress, nailing the first run of an unexplored backcountry chute, arcing 2 a.m. powder turns through trees by only the light of his headlamp, or defying every Surgeon General’s warning ever issues, Pete stands just slightly to the left of harm’s way. He pulls you in with the sheer breadth and charm of his enthusiasm, the gleam of his blue eyes, and the constant, barely contained thrum of energy that courses through him like a gasoline fire. And it’s contagious. Pete’s vitality rushes off him in waves, until you feel the same warm surge of invincibility that seems to drive his every waking moment.

Stop. For now I must take you forward in time, not – as you might expect – to a ski slope, but to the meat aisle of the Grand Union supermarket. It is somewhere between late evening and full-blown night, and we are ravenous. It’s been a long, hard day skiing the trees of Mad River Glen, punctuated by an ambulance ride for our friend Tom, and although Tony and Pete paw wolfishly through the stacks of bloody steaks, squeezing and poking, sniffing and discarding, there is a certain detached weariness to their actions. Tom’s shit-luck accident, caused by a stump lurking under fresh powder, is a grim reminder that nobody wanted. And while Tom’s injury will prove less serious than we originally thought, the echo left by his howl of pain and the strobe of the ambulance light still bounce ‘round our brains.

Thick, USDA prime cuts in hand, we pause at the frozen foods where Pete digs deep to find crinkle-cut fries. From these ingredients, plus six-packs of both Guinness and Molson Export (“I like this stuff, but I’d rather have the good ol’ 3.2 percent when I’m skiing,” explains Tony), we will fashion a late feast. We will eat long and hard, filling our bellies with beef and potato and beer, eating and drinking to forget our own vulnerability, and to fuel ourselves for the weekend that lies ahead, stretching before us in all its sun-warmed, snow-blanketed glory.

Saturday’s destination, known only as “The Hill,” is just south of Pete’s hometown of Barre, Vermont (by this, I mean the town where Pete was born some 36 years ago, raised, and now lives and works). Barre was built on granite, both literally and figuratively. It is home to what is widely regarded as the highest quality memorial-grade granite in the world, and as his brother does, as his father did, Pete carves a living out of stone. He’s in sales now, which holds certain benefits over the actual mining and cutting of rock. It’s not life-threatening, for one. For another – and surely more important to Pete – he gets laid off for two months each winter. As he puts it, he’s “on the Governor’s ski team,” which means he collects a subsistence-level unemployment check, and skis day in and night out, almost always in the company of Tony. Often, they are joined by Bob, a thickset Belgian telemarker who services the massive, 10-foot saw blades that slice multi-ton slaps of granite into more manageable sizes.

Today will be the 40th-something time this season Pete has donned climbing skins for the 90-minute trek to The Hill’s gladed peak, where he and his skiing partners have thinned the forest to create over two dozen trails of varying width, pitch, and length. The longest, Sanctuary, drops nearly 1,000 feet through a hardwood forest. It’s a five-minute rip down, and a 30-minute slog back up. On a good day, the boys will hit Sanctuary four or five times, and bag maybe a half-dozen runs on North Slope before stopping to grill T-bones or boil hot dogs. If the snow is fresh, and time a more precious commodity than warm food, Pete snacks on 25-cent packages of crackers and processed cheese product, while Tony slurps cold creamed potato and ham soup straight from the can, washing down each gelatinous bite with a glug of Natural Light.

Up here, atop this mountain, in the absence of chairlifts and the people who ride them, the boys are at home. There is no safety net, no place to get warm, and perhaps more importantly, no one to judge their Vermont accents thick as spring mud, skis salvaged from rental shop dumpsters, and Tony’s tattered, beloved Marlboro Gear backpack. On this desolate and frigid mound of granite, earth, and snow, these men have carved a place for themselves where they can revel in the freedom afforded by a set of skis in powder, and the comfort of their own culture.

By the time we reach the end of the dead-end road that accesses The Hill, Pete has lapsed into a rare moment of silence, and Bob’s big, red Ford truck is parked tight against a high snowbank. Maybe Pete’s quiet because he knows that Tony and Bob are already halfway up the hill, a good 45-minutes closer to fresh tracks than we are. Or maybe it’s because his lay-off is almost over; in a few days, he goes back to work, and his skiing will be limited to nights, weekends, and the odd afternoon he manages to slip out the back window at work. Or perhaps he’s remembering his father, Harold “Cannonball” Richardson, who died four years ago. Cannonball was a hell of a skier; all week he worked the stone, and on the weekends drove to Tuckerman Ravine where he laced is low, leather boots and dropped into the bowl with the same certainty of success he passed on to his son. Two summers ago, Pete has his friends hiked Tuckerman and scattered Cannonball’s ashes from the headwall, where they caught on the breeze and hung in the air, much like the pungent smoke that drifts back to me from a figure that fades into the trees as he begins to climb.