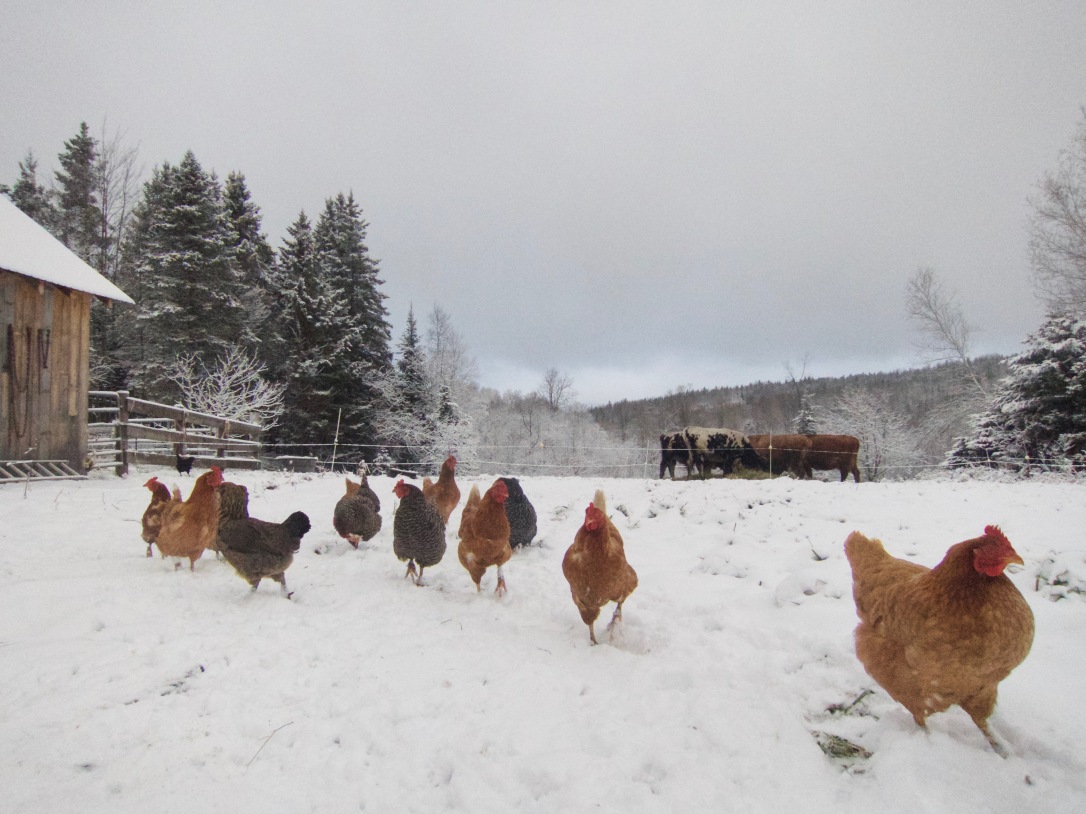 Down the road a little ways, just before the Dead End sign, I startle a small herd of black angus. They’re tight to the fence line on my approach, but quickly scurry deeper into the pasture, heads high in vigilance. I watch them as I trot past, enjoying the contrast of their inky blackness against the snow-covered trees on the hillside rising behind. Above that, a sullen sky, draining of the late afternoon light. I can smell the cows, all that warmth and sweetness in the cold air.

As I pass the cows, I’m listening to Jason Molina’s  North Star, which in my humble opinion contains some of the best song lyrics ever written (they’re made particularly poignant by the fact of Molina’s life-long battle with depression and alcoholism, which eventually claimed his life). See if you don’t agree:

I run a short ways past the angus, then turn. They watch me pass again, heads swiveling to mark my progress. Still wary. The snow falls lazily enough that I entertain myself by identifying individual flakes from a half-dozen paces, then seeing if I can catch them in my mouth. Flake after flake after flake, I miss. They either fall to fast, or too slow, or drift in unpredicted directions, and I can’t seem to correct my course quickly enough to make the catch, though not for lack of spastic lurches.

But then I think of those cows, serious and watchful in their field, and there’s something in that image of them – the stark contrast of colors, I think it is, maybe the alertness, too – that sobers me. So I leave the snowflakes alone and run for home.